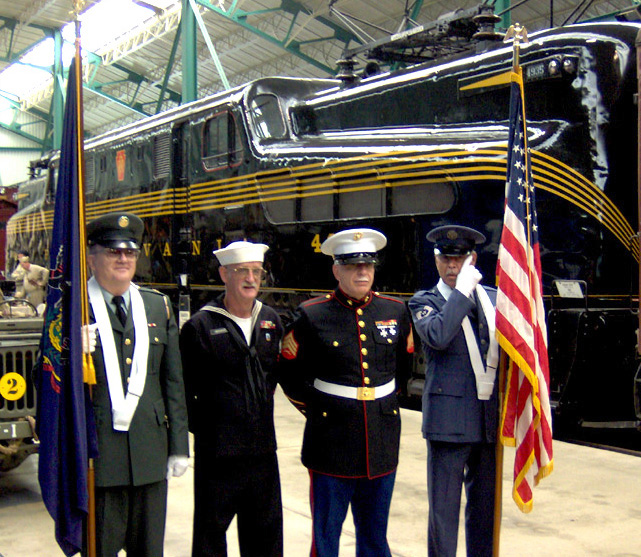 This year marks the 20th anniversary of a very special event at the Railroad Museum of Pennsylvania: Trains & Troops.  “Trains & Troops is a tribute to the men and women of the U. S. Armed Forces, American railroads and all those who served, and are serving, overseas and on the home front in defense of our nation,” says Museum director Patrick C. Morrison.

The American Civil War marked the first major military application of railroads, which were used principally as supply lines for troops, munitions, rations and communications.  The U. S. Military Railway Service was created in 1916 for World War I, which, by the end of the war, had over 32,000 railroaders and 897 officers working for the service.  In World War II, U. S. freight and passenger railroad service, both military and civilian, was phenomenal.  As many as 160 freight trains traveled daily between Pittsburgh and Harrisburg and numerous passenger trains were converted into troop carriers and hospital cars.

Following World War II, the railroads’ use in conflict declined, but did not disappear.  Today’s military rail movements are centered more on large, heavy equipment, which simply cannot move over highways.  A renewed focus on the railroads for both military and civilian importance as an integral part of a balanced transportation network is necessary for our nation’s economic health in the era of globalization.